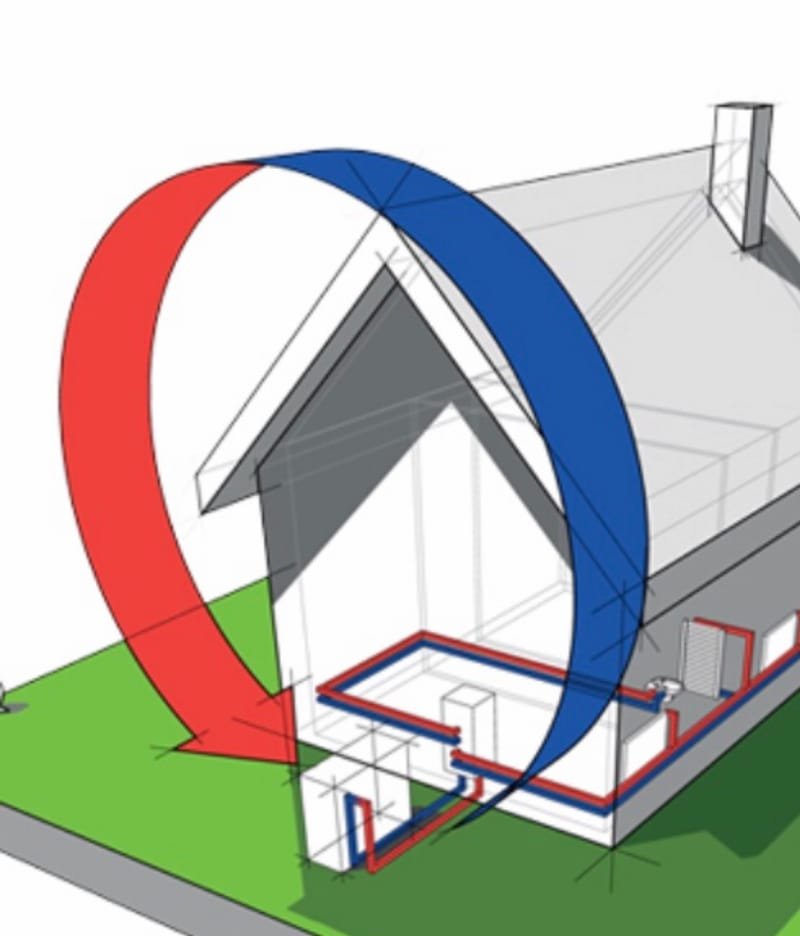 What is an Air Source Heat Pump?

How does an Air Source Heat Pump work?

Heat from the air is absorbed at low temperature into a fluid. Using electric, the pump compresses the liquid where its temperature and pressure are increased. This then condenses back into a liquid to release stored heat and transfers its higher temperature heat to the heating and hot water circuits of the house. The liquid then passes through an expansion valve, reducing its pressure and temperature, which then the process repeats itself. 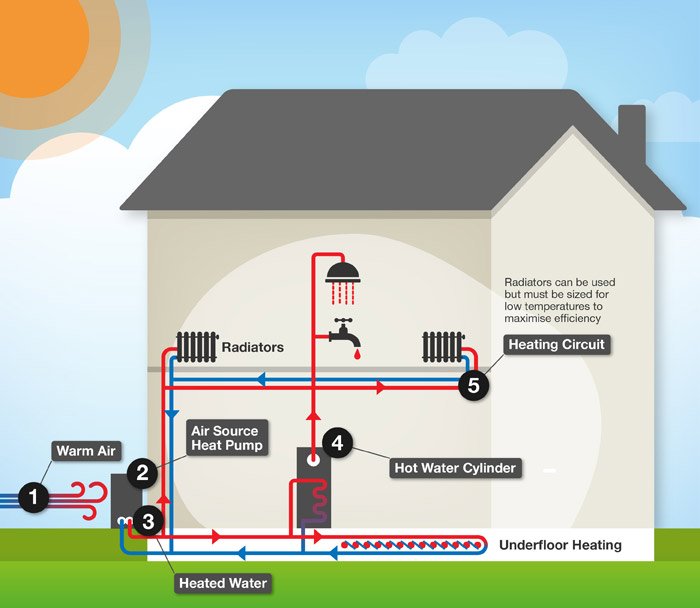 Under the UK Government’s domestic Renewable Heat Incentive (RHI) scheme, you could receive quarterly cash payments over seven years if you install or have already installed an eligible renewable heating technology

What is the RHI?

The Renewable Heat Incentive (RHI) is a UK Government scheme set up to encourage uptake of renewable heat technologies amongst householders, communities and businesses through financial incentives. It is the first of its kind in the world and the UK Government expects the RHI to contribute towards the 2020 ambition of 12% of heating coming from renewable sources.

The domestic RHI was launched on 9th April 2014 and provides financial support to the owner of the renewable heating system for seven years. The scheme covers England, Wales and Scotland and is targeted at - but not limited to - off-gas households. 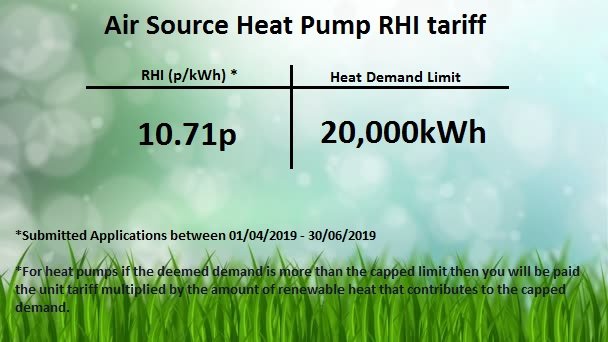